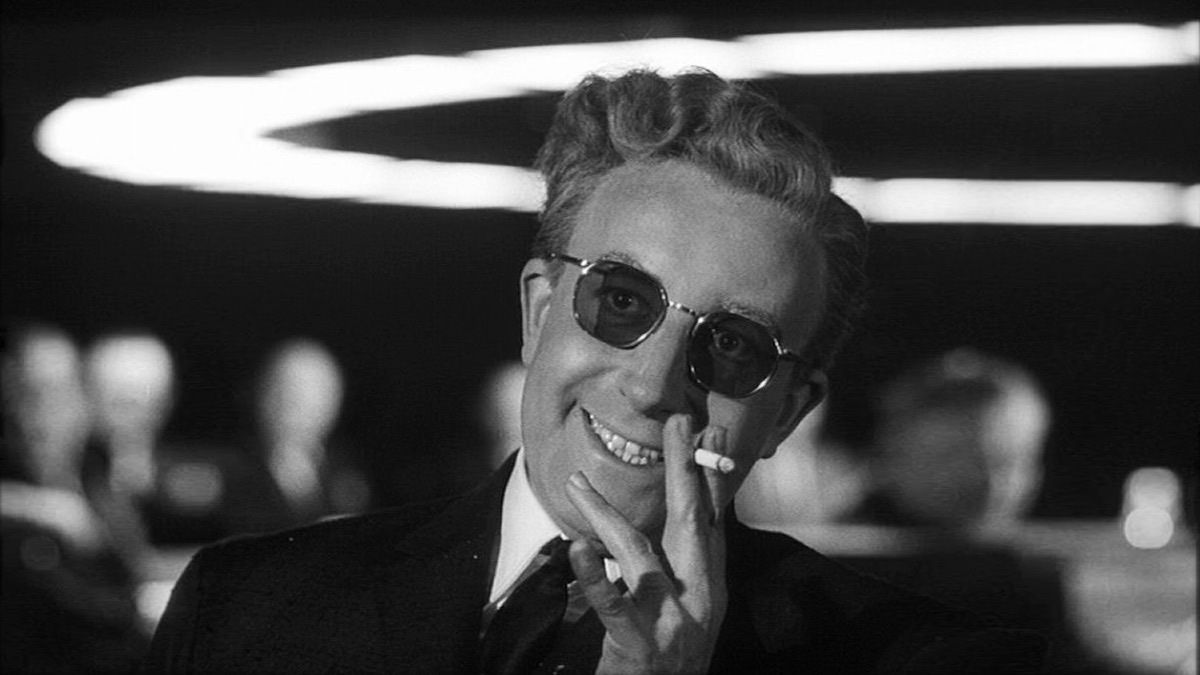 A recent ‘History versus Hollywood’ event was a double feature of Fail-Safe and Dr. Strangelove: Or How I Learned to Stop Worrying and Love the Bomb. I had decided on this pairing, believing that the similarity of subject matter – accidental nuclear war – would accentuate the differences in how the subject was treated. I had grown up on Strangelove and was looking forward, with much presumption, to ‘turning on a new generation.’ Fail-Safe I had never seen before and assumed to be inferior in fame and in quality to Kubrick’s masterpiece. I actually showed Fail-Safe first, intending it as a sort of warm-up act.

Fail-Safe, of course, turned out to be extremely intense and disturbing. The horrifying ending left the audience aghast and silent. The last thing I wanted to hear in the heavy aftermath was the sound of my own voice saying something like, ‘And now for something completely different,’ as I introduced Strangelove – the funny film about nuclear war – but of course I had no choice; and naturally, Strangelove’s humor fell flat. (I could almost hear Lenny Bruce saying, ‘Go ahead, follow that on,’ in his skit about a comedian whose routine is sabotaged by the previous performer’s impromptu tribute to ‘the loved ones we lost in the war.’) After Fail-Safe, Strangelove just bombed. Since ninth grade, I’d regarded it as the best and the funniest film ever made, but now, I just didn’t like it any more.

During my mental post mortem on the evening, I realized that there was more to Strangelove’s bombing than my poor decision to show it after Fail-Safe. In fact, the films represent two conflicting cultures, separated by a great geographical (and perhaps a generational) rift. The most important difference between them, in my view, is one of characterization. In Fail-Safe, the characters, both political and military, are basically honorable people, and even the callous Walter Matthau role is rational and well-meaning in his own way. In Strangelove, everyone in the film is sexually perverted and bat-shit crazy, with the implication that the political and military professions are uniquely well-suited for such people. While Stanley Kubrick and scriptwriter Terry Southern were no doubt inventing grotesques to make their satire effective, the Northern sophisticate, who relies on art to help him appreciate reality, sometimes conflates the two; and up North, in the 1980s, we took it as a given that our leaders were sickos straight from the Strangelove set. In that milieu, then, Strangelove essentially preaches to the choir. The Southerner, of course, forms very strong opinions about politicians and military people, but he is not simply amused by them, as the over-educated Northerner is. The blasé detachment afforded by Yankee schooling is the chief prerequisite for enjoying a film like Strangelove. Without it, both because Fail-Safe stripped it away and because of the Mobile, Alabama venue, our Friday double feature didn’t work.