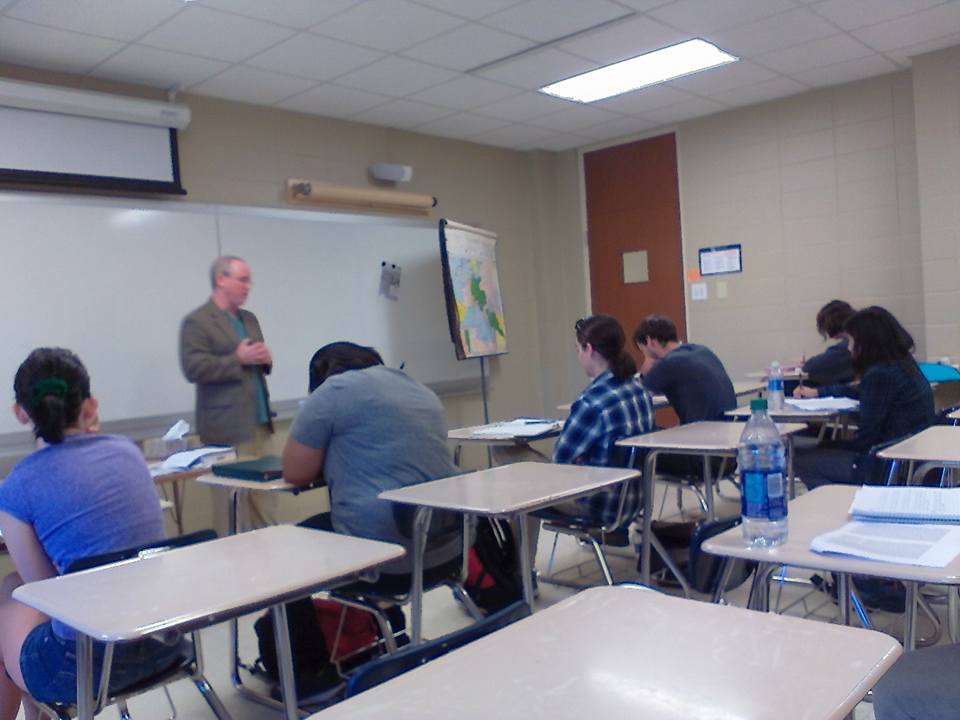 The value or benefit of an education depends upon its content. If, for example, a certain kind of education conditioned its subjects to servitude, then I would call the uneducated better off than the educated. In general, I would never deem educated people to be necessarily smarter or better than uneducated ones.

At American liberal arts colleges, students are trained in abstract or associative reasoning. Therefore, graduates of American liberal arts colleges are capable of abstract thought, and non-graduates are not. The reality was made clear to me on the day that I, a liberally-educated history professor, began lecturing my class of first-generation college students about Genghis Khan. As I explained how Genghis broke up Mongol tribes and redistributed its members among military units called hundreds, I associated his policy with that of Cleisthenes, the Athenian reformer who broke up Athenian tribes and redistributed its members among political units called demes. I was pleased with myself for having established the linkage, yet when I turned to face my class, I saw only puzzlement. They could not fathom why my lecture on the Mongols had suddenly detoured to ancient Athens. It occurred to me that they could not follow the abstraction, that to them, x would always equal x and could never equal y.  Their approach to history is “Genghis Khan was born in 1162 and died in 1227 and was a Mongolian conqueror; Cleisthenes lived from 565 to 492 BC and was an Athenian statesman” and never the twain shall meet. I tried to sever Genghis and Cleisthenes from their particular contexts and to locate their policies on higher planes of abstraction, to persuade my students that although Genghis reorganized Mongol tribes into hundreds and Cleisthenes reorganized Athenian tribes into demes, both reoriented loyalty to higher social units, both sought to replace tribal association with political. My students were polite, but it was as though the football game they were watching had been interrupted by a commercial for a product they didn’t want.

Indeed, they don’t want it. No matter how many times I’ve returned to Genghis and Cleisthenes over the years (I never give up), my attempts to place them in the same abstract category always fall on deaf ears. Furthermore, I have never been able to explain to my students the superiority or even the advantage of my abstract way of looking at history. It is not in me, however, to bewail my inability to enlighten the benighted history students of Mobile, Alabama. On the contrary, the more I’ve thought about my failure, the more I’ve come to accept the possibility that my abstract way of looking at history really isn’t superior to my students’ way and really doesn’t confer on them any advantage.

Is the abstract view necessarily the correct view? Is it possible that someone might become over-educated, so thoroughly skilled in making associations that he loses his ability to draw distinctions? Sometimes x is only equal to x. Sometimes concrete thinking is better than abstract.

Consider the intellectual Susan Sontag and her disapproval of the display of the American flag after 9/11. It seemed to me at the time that she was incapable of seeing the flag-flying as an expression of solidarity at a moment of national hurt and that she could only view it as symptomatic of a dangerous ultra-nationalism. Her perception, in other words, was determined, perhaps even limited, by her education, her ability to associate one reality with another and, perhaps, her inability to perceive the reality at hand more concretely. Many of the categorizations encouraged at our finer schools are somewhat predictable, as almost everything is associated with Nazism, sooner rather than later. If you were to show someone like Susan Sontag a Boy Scout picnic, she’d probably think she was looking at the Nuremberg rally.

My students, however, would know that it was a Boy Scout picnic, and they would be right, or at least more right than Susan Sontag. I find myself in a strange position, having more in common culturally with the Susan Sontags of the world but feeling far more trusting of my students’ common sense.

And so, for choosing a movie, a restaurant, or an Aram Khachaturian CD, I will consult someone like Susan Sontag. But for understanding what’s what, I’m going to ask my students. The intellectual doesn’t understand what’s what: He understands what something is like, because that is what he’s been trained to do. The liberally educated serve the function of alerting their fellow citizens to the unseen, but sometimes they distract their fellow citizens with visions of the unreal. There is no good reason to desire that more of our population become educated along these lines.

8 thoughts on “My Views on Education”