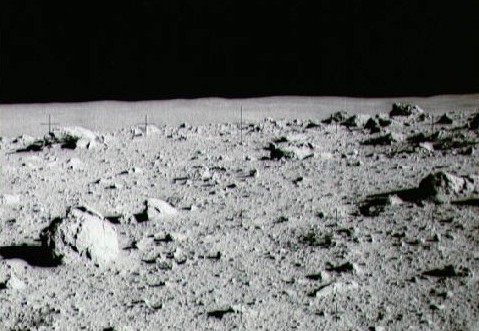 As if to emphasize this paradox, each of Neil’s escapes from Earth, via rocket, is jarring and cacophonous, like being in a clothes dryer with a dozen pairs of shoes. And then the booster engine cuts off, and all becomes silent and still, and the stars become visible against the blackness through the window; and Neil smiles.

And then he leaves behind not only the oppressive Earth but the confining spacecraft, to stand on the surface of the moon, alone and finally free.

He walks to the edge of the crater, the one in which he was nearly buried during the landing, and buries his grief in it instead.