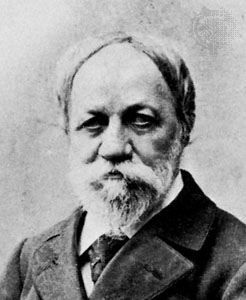 Upon finishing this intriguing book, I turned back to page one and began reading again, in the hope that the intricacies of its plot might become clearer the second time around. One dimension of this intricacy relates to the complex political situation of seventeenth-century Transylvania, where Ottoman Turks retained some influence despite the country’s nominal independence and where the word “Hungarian” could refer not only to the native ethnic stock but also to emigres from Hungary proper. Another relates to author Mór Jókai’s inexplicit treatment of cause and effect in the storyline, his disinclination to comment on how certain actions proceed from others. At any rate, my second reading was well worth it, as familiarity built on itself, yielding greater comprehension.

One obvious theme of the book is womanly influence over men. A typical sentence reads, “The chair of state was large enough to accommodate them both. It is true that the pretty wife had to sit half upon her husband’s knee, but that certainly did not inconvenience either of them.” (pp. 75-76) Another runs, “The women, like so many Bacchantes, ran in search of weapons, and mounted the ramparts by the side of their husbands, whom the determination of their wives had turned into veritable heroes.” (pp. 174)

However clever and strong the women of this book may be, though, they operate only through men. They are not independent.

Also intriguing to me is the hero of the last part of the book, Denis Banfi, who seems a typical representative of the gentry in the ease with which he shifts from grandiosity to viciousness. “The traces of noble enthusiasm and of unbridled fury are impressed upon his face side by side just as they are in his heart.” (p. 157)