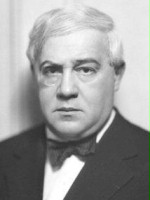 This book is a tribute to the author’s secretary, Wanda Bartha, who died (according to the Internet, by suicide) on August 27 or 28, 1947. At times, it resembles a séance for her.

Many passages highlight Ms. Bartha’s angelic qualities, of which the following stands out:

She would not intervene in arguments about subjects on which she was well-informed even when half-educated windbags were completely distorting simple facts. She could have straightened it out with a word. But what she had was far from the thing cocktail-party psychoanalysts call an inferiority complex. It was more a proud and defiant realization of the hopeless futility of trying to make good in a few minutes’ idle conversation what universities had failed to do in years. This is something I had never before observed before except in tired old men.

‘Why didn’t you say something,’ I asked her once, ‘when those ladies rattled off one idiocy after another about Valasquez and Goya? You know the paintings in the Prado better than those bridge-playing dames know the insides of their own handbags.’

Molnar frequently cites Ms. Bartha’s notebook as a way to refocus attention upon himself or perhaps upon the time they spent together. Here is a charming example of the kind of vignette contained therein, describing how Molnar received the French Legion of Honor:

[Manager Firmin] Gémier’s secretary asked [Molnar] to come over to the Odéon Theater because a ‘present’ for him had come from the French Foreign Office, and Gémier wanted to present it solemnly in person. M[onsieur, i.e. Molnar] went over, but just outside the stage door he discovered he had not shaved. He knew the French custom required any presentation of the Legion of Honor to be accompanied with the so-called accolade, which consists in the kissing of the recipient on both cheeks by the man who is making the presentation. So M. hurried into the barbershop under the arcade of the ancient theater, to get a shave and thus to present a smooth face to the official kiss of the French Republic through the lips of M. Gémier. The barber sat him down in front of a mirror and soaped his face. Then M. saw in the mirror that M. Gémier was sitting in another chair with his back to him, with his face soaped, being hastily shaved by another barber. Gémier too wanted a smooth face when he delivered the two official kisses of the republic. Each pretended not to see the other. The only met upstairs on the stage where the solemn ceremony took place. Neither of them ever said a word about the barbershop. (p. 129)

Sometimes too Molnar pronounces poignantly on human nature, without apparent reference to Ms. Bartha, as in this defense of the supposed vice of self-pity:

So far I have failed to find an acceptable explanation of the disdain and ridicule poured upon this natural emotion. I can only suppose that some hidden and powerful financial, political, or military interest requires this usually so kind-hearted people [i.e. Americans] to force itself into such an attitude. Having been born in central Europe, brought up in the nineteenth century, having tried to improve my mind with French and Russian literature as well as that of my native country, and living as I now do among a nation [again, America] frankly addicted to pity and human sympathy, even sentimentality – with all this, even if I should live to be a hundred, I should still never have any use for this by no means American, and certainly not Continental, but decidedly British attitude toward human suffering and its manifestations.

When Jesus on the cross ‘cried with a loud voice, Eli, Eli, lama sabachthani’…What was it, what was it, if not the most moving and imperishable example of self-pity in all history? (p. 277)

Of course, Molnar’s remarks are neither gratuitous nor unrelated to Ms. Bartha, as is made tearfully obvious on the next page:

‘I’m not ashamed of myself, dear,’ I told her behind my closed lips and clenched teeth as I stood there on the corner of 42nd Street [after her death]. ‘I’m not even ashamed in this supercilious society for pitying myself so unspeakably, because you left me alone in my old age, in this cold, dark, upset world, which is quite without hope for me. I had only one tiny guiding light, one prop, one friend, one adviser, one helper, and you were it.’

I stood there for a long time in my dark glasses on the noisy corner, saying nothing.

‘I can’t. I’m simply incapable of it….And anyway what difference will it make to my condition or the condition of the world if I use strength of mind or drugs to keep a few drops of warm salt water forcibly in my system instead of letting them flow out?’ (p. 278)

The reader must keep this deeply bereaved context in mind during Molnar’s prolonged digressions into theatrical name-dropping, set in one Bohemian café after another, all as the world burns in the 1930s and 40s. The reader should also forgive Molnar – well into his sixties at the time – for not “doing anything” about Nazism besides fleeing from it into memories of happier times. He and Ms. Bartha have lost everything: Their family and friends have been murdered, their homes looted and destroyed, their entire world gone.

Even after hearing from the generals [who could not help her locate her late brother], she had rehearsed Charlie McCarthy faces in front of the mirror to cheer me up. The whole scene as we stood together, making faces before my mirror (“two broken human beings” as she put it), these two distorted and wretchedly grinning faces, this half-crazed pantomime duet, very nearly drove me into a faint. But I kept on anyway so that she should think she had succeeded in cheering me up. I did it in a mood verging on melancholia in the medical sense, in my sixty-eighth year, around me a world in dissolution, vying with Wanda to see who could make the most preposterous Charlie McCarthy face in the mirror. (p. 327)

The recounting of literary acquaintances, the remembrances of long-gone hotels and restaurants, the reconstructions of torn-up drafts of long-flopped plays, and a final tableau of a ventriloquist dummy are all that they – now he – have left.

Molnar does not rage at the dying of the light, nor does he go gentle into that good night. Instead he spins together every thin wisp of immortality that he can grasp. He remembers, and he cries.

Companion in Exile is a manual on losing, a primer of aging, and a guide to dying. We will all need it sooner or later.