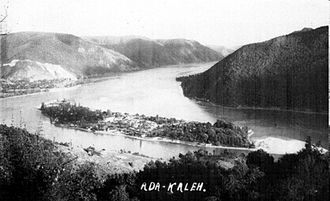 In Mór Jókai’s The Man with the Golden Touch, the protagonist, Mihály Timár, builds his fortune from an ill-gotten capital. He does not connive for it, but it falls into his hands unearned, and he spends most of the book in a cloud of self-reproach, unable to enjoy the happiness that properly belongs to others. Even when he resettles the fortune upon its rightful possessors, he claims no absolution, knowing that it was never his to bestow.

“Self-reproach” is an apt term, as is the idea of claiming “absolution” for oneself, for Timár is compelled, by the falsehood upon which his estate rests, to internalize morality. The inapplicability of external moral authority, at least to him, is the main theme of this book: The Man with the Golden Touch imagines a world without external moral authority, in other words, a world without religion.

Such a world presents challenges. It may seem at first glance to lack justice. Indeed, Timár’s basic uneasiness stems from his own flaunting of it. As he muses, “‘Whatever evil I do, good comes of it, and the greatest folly I commit turns to wisdom; when will this end?’” (p. 272 of 2001 Corvina edition) In despair, Timár gives up prayer. “Through this dreadful night he dared not pray; he would not speak with God. ‘Do not Thou look where I go.’ From this birthday on he gave up prayer. He defied fate.” (p. 261)

However, in his despair Timár forgets that it is precisely in supposed injustice that God abides. His lament (again) that “the greatest folly I commit turns to wisdom” amounts to a restatement of “God hath chosen the foolish things of the world to confound the wise.” (1 Corinthians 1:27) In fact, The Man with the Golden Touch is the story of how Timár (and the reader) learns this lesson afresh. Its disparagement of religion, in its narrow, doctrinal sense, leaves God’s grace reigning supreme.

Accordingly, the book is brimming with godly though unchurchly sentiments. “They had no church holidays and did not count Sundays,” reads one. “Their saints’ days were those on which God gave them some special joy.” (p. 264) Another exposition occurs in the form of a dialogue, with a straw-man priest:

‘The man is your daughter’s husband?’

‘That was when there were no priests nor altars. But now things are not managed so easily….And so you have allowed your daughter to live in sin?’

‘Sin? Sin is that which earns the contempt of all respectable people.’

‘I am quite unaffected by such empty considerations….My God requires no sacrifice of song and bell, only a devout heart. I do my penance, not by telling my beads but by working.’ (pp. 336-338)

The dominion of God without institutional religion suggests a paradise or Eden, making The Man with the Golden Touch into a story of paradise regained. Timár must strive through doubt and despair to reach the place from which all men and women are said to have been expelled. His sense of unworthiness stands him in good stead, as confidence in his own merit would doom him. Jókai even includes among his characters a sort of antichrist, who threatens to sabotage Timár’s endeavor.

The Man with the Golden Touch must count first and foremost as a spiritual allegory, yet it is a thoroughly engaging one. Its Hungarian setting and cast – the Danube and the representatives of all classes who live near it – is as intriguing as always, though never overdone or clichéd. In sum, this is a book to be cherished, providing both meaning and pleasure.